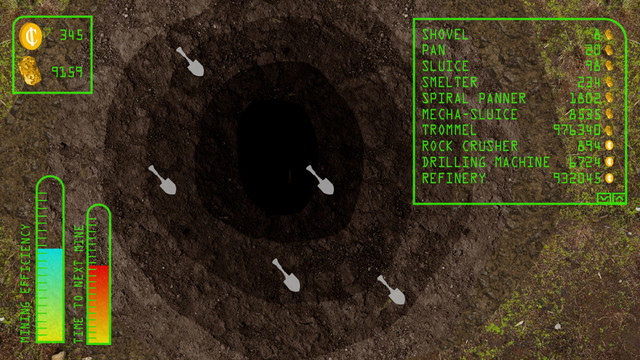 
Clickmine is a hyperinflationary ERC-20 token that is minted by a clicking game. Clicking games, like cookie clicker and cow clicker, are the reductio ad absurdum of a ‘game’ (brutalist with a sense of humour). Clickmine moves similar mechanics onto the blockchain, in a hypercapitalist frenzy that makes the generation of useless wealth via clicking more literal than ever before.

The cryptocurrency ecosystem, (particularly the Ethereum network), has been overrun by the phenomena of token sales or International Coin Offerings (ICOs). The fervor to purchase ERC-20 tokens (a meta currency that exists on top of Ethereum itself) has reached such an intensity that it stalls the processing time of the network. This has already prompted the creation of satirical coins UselessToken and Ponzicoin.

Clickmine was proposed by Friend in response to The CryptoDetectorist – hoards, coins and trades call for proposals from Furtherfield and NEoN Digital Arts Festival. While archaeology has often understood cultures through excavations of hoards and coins, we asked, what will today’s digital currencies tell future archaeologists about the way we live and trade?

This commission forms part of Furtherfield’s ongoing investigations into the politics of the blockchain, smart contracts, and cryptocurrency systems and NEoN Digital Arts Festival 2017 programme using ‘media archaeology’ to uncover and reconsider the obsolete, persistent, and hidden material cultures of the technological age. It will be launched online and presented at NEoN Digital Arts Festival in Dundee Scotland in November 2017 then, at the Digital Futures programme at V&A Museum and MoneyLab both in London in Spring 2018.

Sarah Friend is an artist and software engineer focused on the development of games, interactive experiences, and open-source tools. Her work to-date has been concerned with the polar concerns of privacy and transparency, how to design ethical interfaces and the political and environmental implications of technical systems.
She is currently working at a blockchain development studio on tools for accounting and analytics while maintaining an art and game-making practice. Her work has recently been part of exhibitions at the British Public Library, The Center for Contemporary Art Tel Aviv, and Radical Networks, a conference in Brooklyn.

She is a judge for Wordplay: the Festival of Writerly Games, exhibiting at Damage Camp, a games conference in Toronto, and presenting on the technical challenges of blockchain games at the Montreal International Games Showcase. Community organizations she is involved with include Toronto Mesh, The Reported (a database of police-involved deaths in Canada), The Toronto Tool Library, and Dames Making Games.

Co-commission with Furtherfield, in partnership with State Machines: Art, Work and Identity in an Age of Planetary-Scale Computation, V&A Digital Futures: Digital Futures.

This project has been funded with the support from the European Commission, Creative Scotland, and Arts Council England. 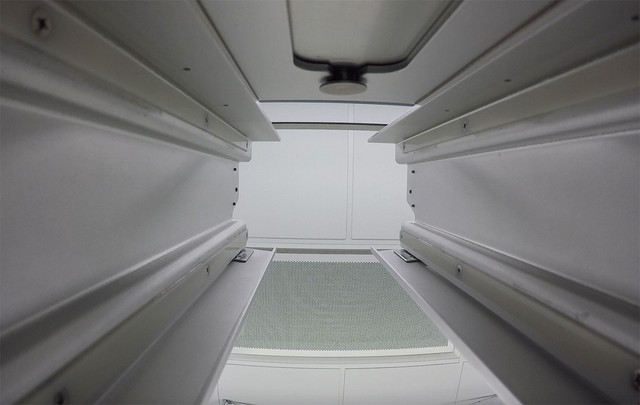 What does lifespan mean for a parasite that reproduces as asexual clones and is revived after 30 years suspended in a deep-frozen state? How far does the digital footprint of a parasite stretch online? This work centres on the deadly Leishmania parasite that exploits human conflict and poverty to inhabit humans and cause the disease known as Leishmaniasis.

Para-site-seeing is a travel blogging portal for the Leishmania parasite, created by Jen Southern and Rod Dillon and co-commissioned with NEoN and the Wellcome Centre for Anti-Infectives Research. Through the portal multiple narratives unfold, as parasites blog, tweet, insta and vlog their way around the world, tracing their lives in the wild, as experimental subjects in labs, transforming themselves on board sandflies as vehicles for multi-species encounters. Follow para-site-seeing from the parasites first out-of-body experience in the 1960s and witness its first moments emerging from cryopreservation.

About the Artist and Scientist

Artist Jen Southern has exhibited her work internationally over 25 years. She works as Director of the Mobilities Lab at the Centre for Mobilities Research at Lancaster University. Her work is a hybrid of art practice and research into mobile technologies.

Rod Dillon is @sandflyman, a bioscientist/senior lecturer and artist, specialising in sandflies and Leishmania at Lancaster University. Rod collaborates with artists on biomedical themed projects and has been working with Jen since 2011.

The Wellcome Centre for Anti-Infectives Research is based at the University of Dundee. A new potential treatment for visceral leishmaniasis – one of the world’s major neglected diseases – has recently been discovered by Dundee’s researchers with the results published in Nature.

This co-commission is part of the wider public engagement programme of the Wellcome Centre for Anti-Infectives Research, which is generously supported by the Wellcome Trust.